On the final leg of his visit to Austin, President Barack Obama stopped by the local famed, Franklin Barbecue for a bite of some great Texas smoked brisket Austinites know all too well!  His surprise visit sparked tons of activity and selfies through social networks making this perhaps the most tweetable moment in Franklin’s shorty history.

President Obama used his executive power to skip the line, bypassing the typical 2 hour average wait as he greeted patrons.  Joking to see if his credit card would work this time, the president reportedly paid a $300 bill for a huge to-go order to take back for a lunch with his staff on Air Force Once.

President Obama already LOVES Austin, so we can only imagine how he’ll feel after he munches down on some Franklin BBQ!  Our bet is, he’ll be back again soon! 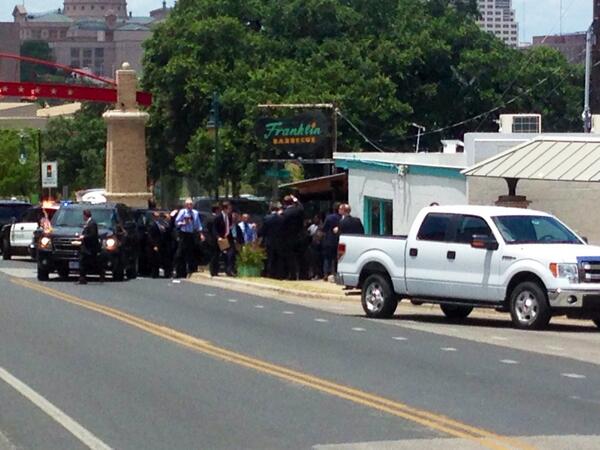